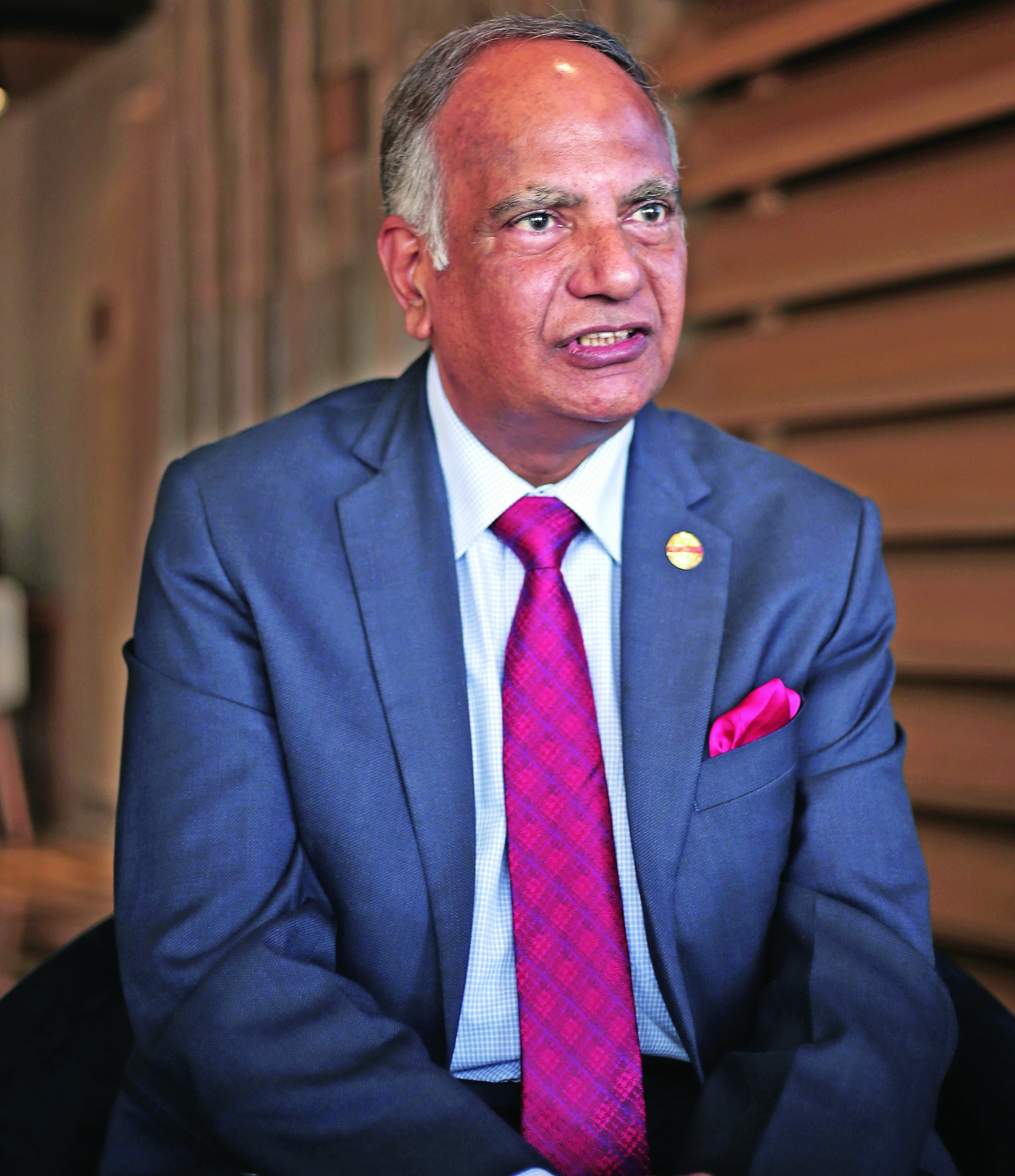 
Established in the US in the year 1924, Toastmasters International is a global non-profit educational organisation which performs like no other. Currently, over 16,000 clubs in 143 countries meet weekly to become more confident speakers, practising speeches, giving feedback and growing in numerous areas. International President for the organisation, Deepak Menon, who was in Kathmandu, can give his own testimony to illustrate the power of the Toastmasters programme.

A chartered accountant based in New Delhi, India he became a part of Toastmasters in July, 2002. Working through the Toastmasters programme, he found himself gaining the power of communicating in a mass. “But then I also started to feel that there were various other competencies that I was able to learn,” he shared.

The organisation sets its members upon a path of learning through its own curriculum, called the Pathways Learning Programme, where they choose from one of 11 different pathways which range from public speaking, to dynamic leadership.

Working through those skills in a shared learning environment each week, they slowly grow in more ways than one. And therein lies the biggest strength of the Toastmasters programme.

“Toastmasters is where leaders are made,” Menon said, “That is the ultimate goal that we have for this organisation. When members join, they are transformed into more effective leaders and citizens of their country.”

The Pathways Learning programme sets members on the path to gain over 300 different competencies, Menon explained, with the most prominent of them being self-confidence, interpersonal communication skills, conflict management, and more.

An individual Toastmasters Club meeting may look like a relatively straightforward affair. As voluntary participants, the members work through three different phases — the prepared speeches, the impromptu speeches, and finally the feedback.

But these meetings are framed with purpose and intent, developing various skills in members.

A first-time participant, for example, has to give what is called an ‘icebreaker speech’, in which they speak about themselves within a time frame of four to six minutes. They later get feedback on their performance — “their speech, voice, gestures, body language,” and more. Branching out from this very first action, the feedback they receive on various aspects of their speech act as suggestions to incorporate into their next speech.

Another big learning ground lies in the roles that members take on. “We have somebody who leads the meeting, and that person is called the Toastmaster of the Day,” Menon explained, “and that’s a leadership role because they have to work with various other people to manage that meeting, to ensure the meeting starts on time and ends on time.”

The learning continues in the role of the evaluator, or in giving feedback.

“You give feedback in such a way that it helps build the self-esteem of the other person. You learn to do it more effectively so that you don’t hurt the others’ sentiments. And when you practise that in the company, giving feedback to your peers or your subordinates, it becomes so much more effective because the person who is given feedback feels good about themselves. Because not only are they told about what they can do to improve, but they are also being told about what they are already doing well,” Menon explained, “and all these elements help in building the practical competencies which can be used in every aspect of our life.”

Menon found himself growing in these skills in his early days, prodding him to continue on with his journey within the organisation. “I learned how to be empathetic, how to be a better leader, how to give better feedback, and how I could work in a team,” he shared, “I learned so many new skills which I hadn’t learned elsewhere. And that’s the reason I continued in Toastmasters. Year after year I took on leadership roles, and was able to impact the lives of hundreds and thousands of people.”

Menon relates that the effectiveness of the Toastmasters programme can be shared through numerous anecdotes, including a young Indian girl who got over her issue of stammering after one year of working with Toastmasters.

“I know of MBA graduates, who became members of Toastmasters, later becoming the president of their clubs. And they have told me that one year as president of the club taught them more about leadership than they learned in two years in their MBA programme,” Menon shared, “Because toastmasters is a voluntary organisation. They come to learn and grow voluntarily, on a selfpaced basis, because it’s learning by doing. And when you’re able to manage a group of people who are just volunteers and ensure that the objectives are achieved, imagine how successful you can be as a leader of an organisation, of a team of people where they’ll be paid to do their jobs.”

“The mission of Toastmasters International is to provide the kind of platform which is supportive, where every person has that ability to transform themselves through learning the art of speaking and leading better, and gaining more confidence and personal growth,” Menon stated.

Menon shared a sense of excitement about the potential for Toastmasters Club in Nepal. “There are already 18 clubs active in Nepal, and at least another 40 in various stages of formation, in corporations and educational institutions as well,” he said, “I think this is the place where the youth can come to transit from what they have learned from their school and college, and become ready with skill sets they learn through Toastmasters to become ready for their professional life and their careers.”