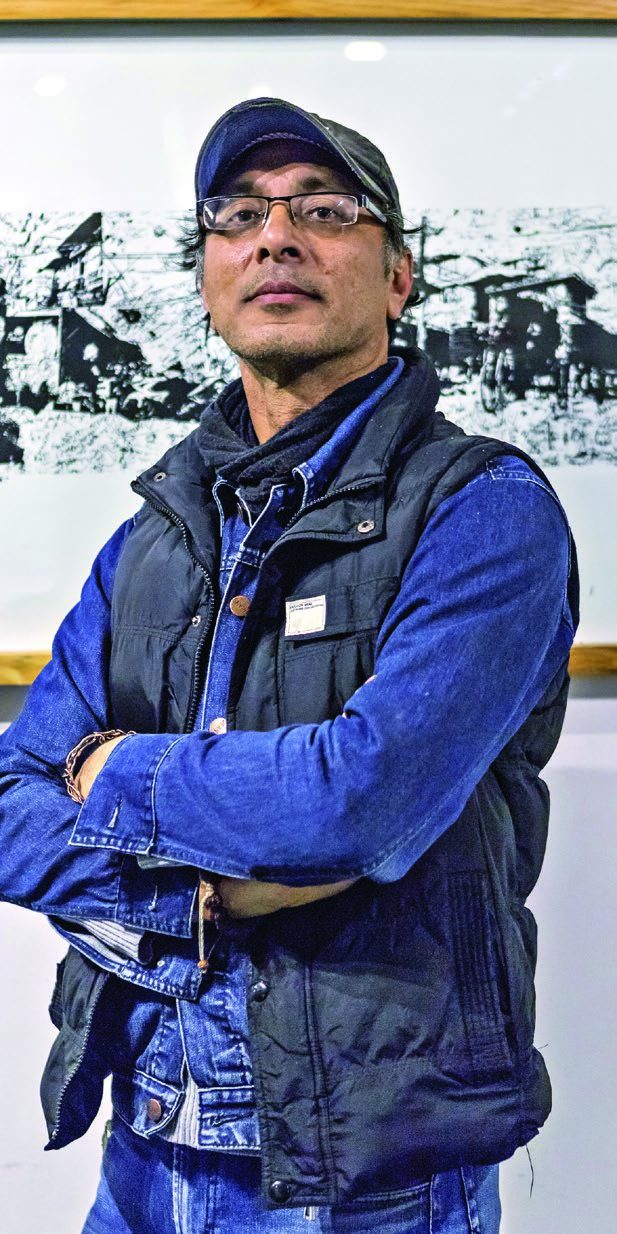 KATHMANDU: A strange, yet familiar world is created in Prabod Shrestha’s solo exhibition, Kathmandu, My Fascination, at the Bikalpa Art Centre, Pulchowk. The exhibition showcases Shrestha’s oeuvre of silk-screen prints reflecting the moving and at times, the desolate streets of Kathmandu — all sprawled across the gallery walls. Curated by Saroj Mahato, Shrestha’s work reveals the images that conjure up the feel of contemporary Kathmandu.

A graphic designer and a video editor by profession, Shrestha is a relatively unknown name in the art scene of Nepal. He revealed that it was the Curator himself who had propelled him to showcase his work in the exhibition. “I am by no means an artist and was very nervous to have a solo exhibition. But Mahato’s encouraging words inspired me to give it a shot,” says Shrestha.

“The feedback that we have been getting is quite positive,” informs Mahato.

“The observers like the art, which is why we have extended the exhibition till January 15,” he says.

The exhibition aptly titled ‘Kathmandu: My Fascination’, doesn’t have traditional paintings as such but screen printed illustrations of original image that portrays the everyday aspects of the City, like the rickshaws, chiya pasals, temples and modern graffiti, rendering the blend of the old and the new in a single frame. He channels influences from historic architecture into inviting representations, captivating viewers with familiar landmarks seen through antique lens.

The works of Shrestha have that slight touch and feel of the psychedelic album covers of the 60s from bands such as Cream. In fact, in the mid 70s during the aftermath of the hippie era in Kathmandu, Shrestha as a youngster was introduced to the ‘rock n roll’ scene out in the sprawling alleys of ‘Freak Street’. He even played in a band ‘Cream Roll’.

Apart from the frames hanging by the walls, the exhibition also features poems that Shrestha wrote during his many wanderings after the earthquake. Back in 2013, Shrestha had his own gallery, Ishine Gallery in Kupondole, showcasing the work of various Nepali artists, novel crafts and his own copper jewelry called ‘Zigi Impressions’.

But after the devastating 2015 earthquake, his gallery was destroyed, which prompted him to pursue his lifelong ambition of showcasing his own art in an exhibition. -HNS